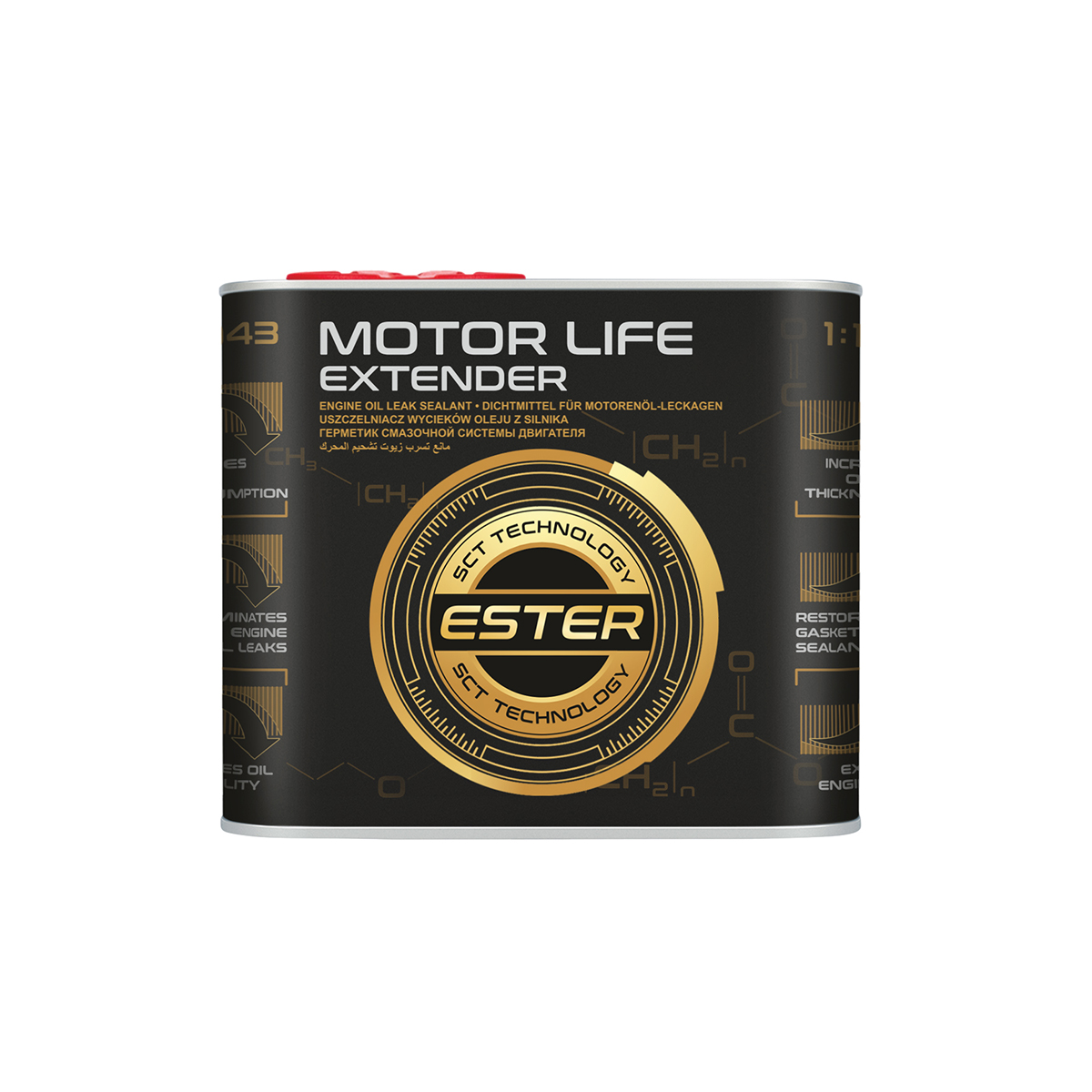 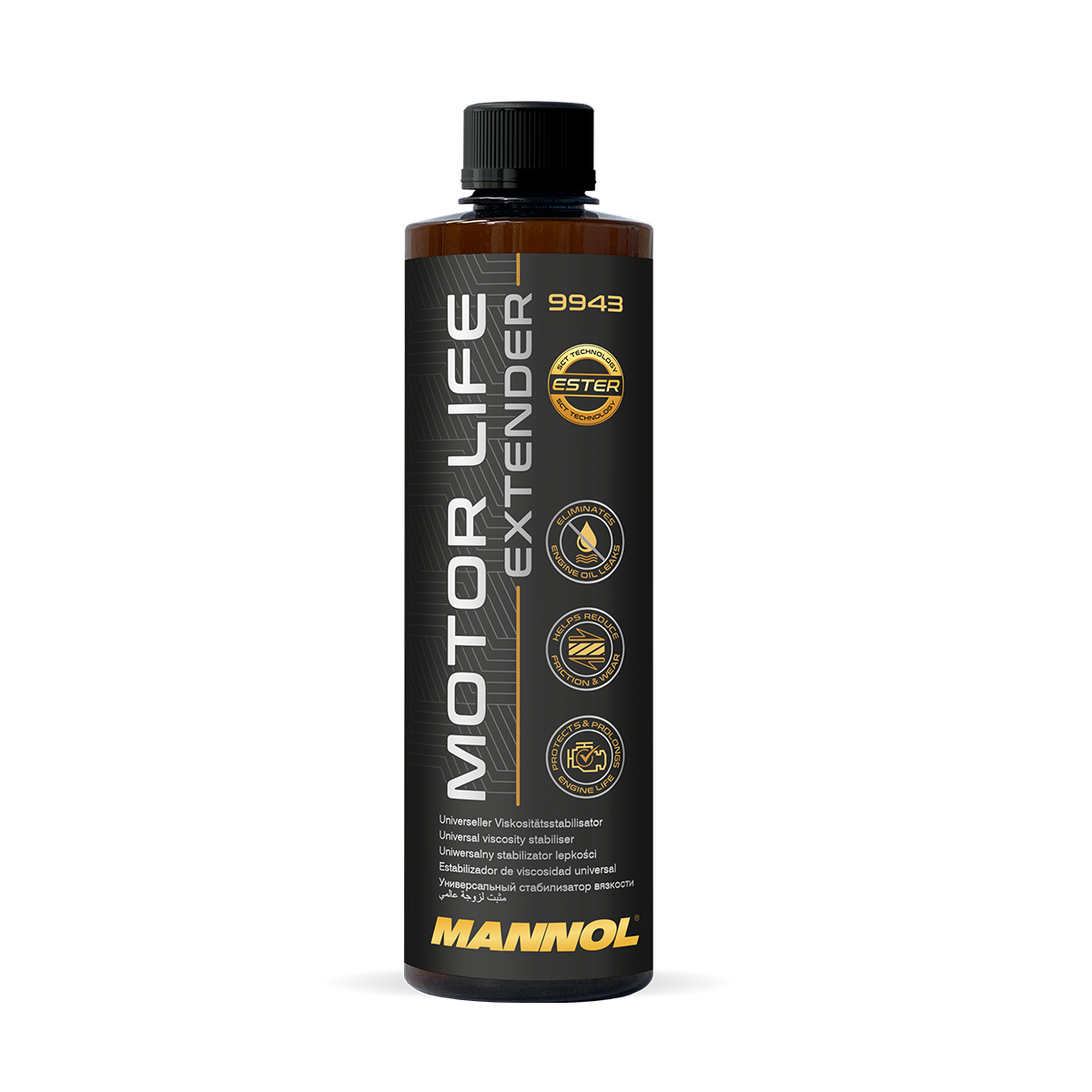 Innovative multifunctional engine protectant by stabilising the pressure in the lubrication system – an additive for engine oils based on synthetic esters (Group V oils). It is a complex product: a viscosity stabiliser protecting the oil from liquefaction, a sealant of the engine lubrication system and a friction modifier. It is suitable for all types of four-stroke engines – diesel and petrol engines and all types of oils – synthetic, semi-synthetic, mineral, including those containing esters.

The ester molecules found in the additive are magnetised to metal surfaces due to their distinct polarity and create a dense and very strong oil film, which has:
- the highest load-carrying capacity which allows the engine to work under increased loads without negative consequences;
- unsurpassed antiwear and antifriction properties which significantly increases engine durability and saves fuel;
- anticorrosive and antioxidant properties.

Application: Add to tank at a ratio of 100 ml per 1 L of oil.
Recommended for regular use.