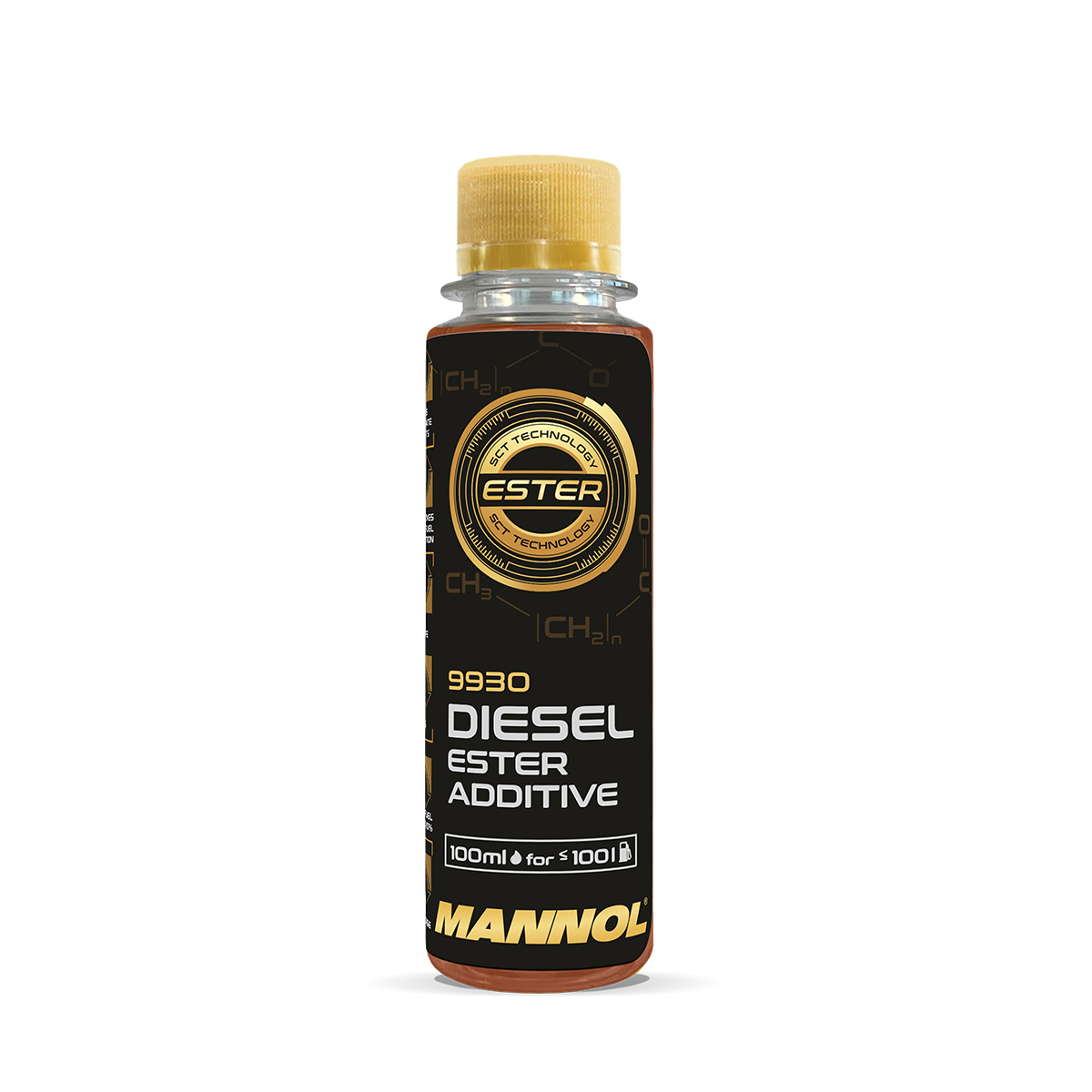 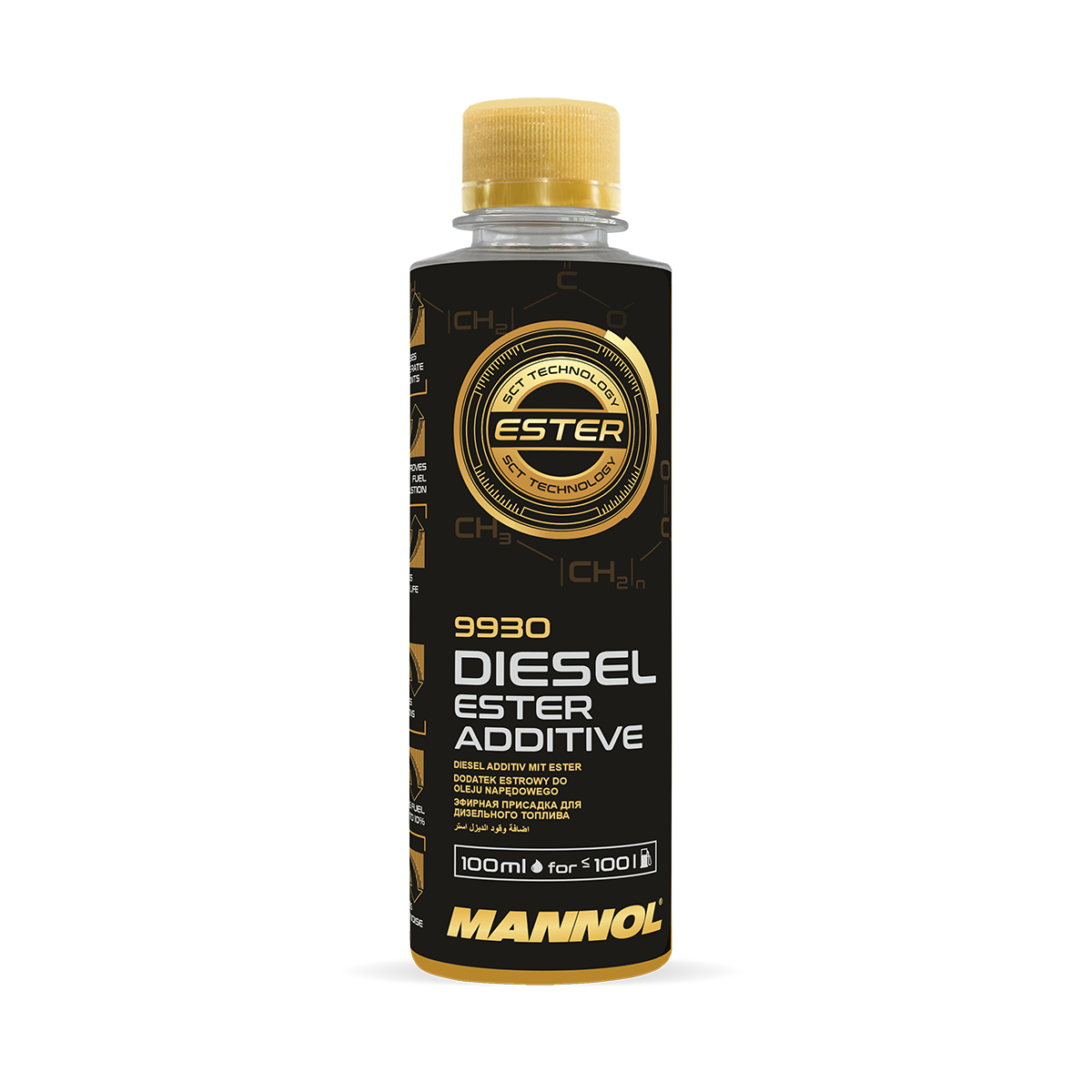 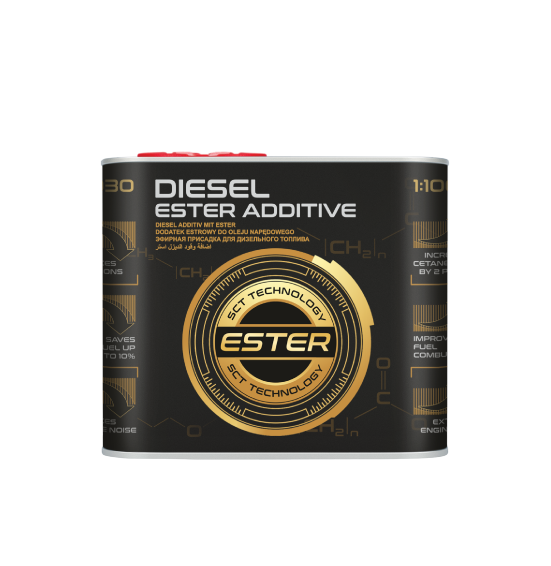 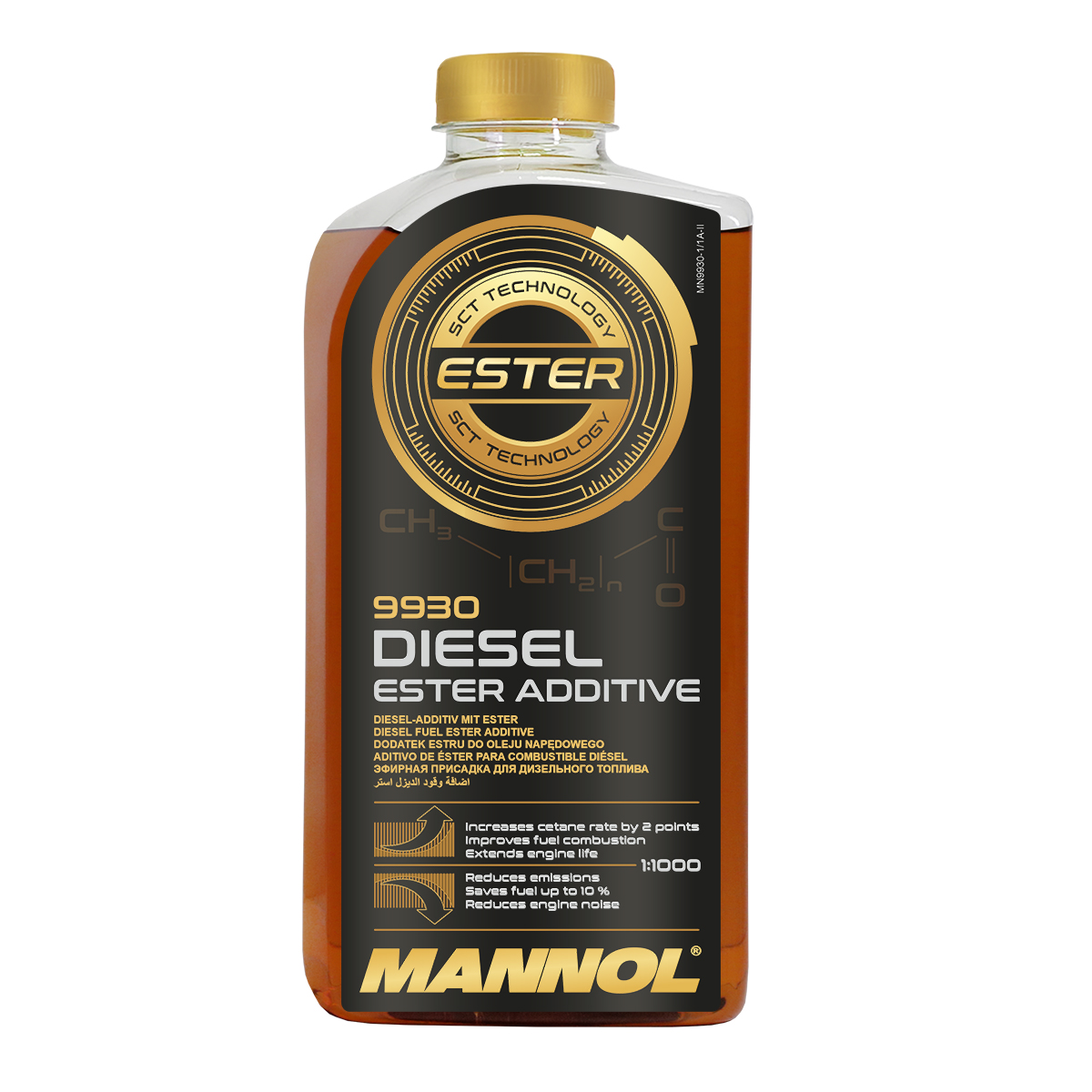 Complex anti-wear additive for all types of diesel fuel and especially for types I and II with a low sulfur content according to GOST R 52368-2005 (European specification EN-2005). To get the maximum effect, you need to use it constantly. The effect of the application becomes noticeable after 20 hours of driving (about 1200-1600 km).

Product properties:
- Forms a stable and strong lubricating complex Estero-oil film with a high degree of adsorption on the components and parts of the fuel system, which significantly reduces the coefficient of friction of the contacting surfaces and significantly reduces their wear. This effect is especially evident in high-pressure fuel pumps in a pair of plunger-sleeve, injectors and pump-injectors; which significantly increases the service life of this expensive equipment. For a high-pressure fuel pump, this eliminates the main cause of wear of the plunger pairs; low-quality dry; diesel fuel;
- Forms an additional stable and strong lubricating complex Estero-oil film with a high degree of adsorption in the combustion chamber in pairs: the sleeve ring and the valve plate-the seat in two cycles out of four from the moment of spraying the fuel-air mixture ; which significantly reduces the coefficient of friction and wear of the sleeve and compression rings, as well as valve seats, especially those that are not hardened. Completely burns down together with fuel without leaving a carbon deposit;
- Due to the contained cleaning additives, it effectively cleans the components and parts of the fuel system from dirt and deposits of all types, and the combustion chamber from carbon deposits formed during the combustion of fuel, including low-quality ones. Prevents the formation of new deposits on non-conjugated surfaces of ferrous and non-ferrous metals and alloys due to the formation of a special oil protective film. Due to this, it also has a pronounced anti-corrosion effect;
- Ignition promoters contained in the additive improve the fuel efficiency, resulting in a fuel mixture ignites faster, and then burns smoothly and smoothly; reducing the dynamic load on the cylinder-piston group and thereby increasing its resource;
-Increases the Cetane number by 1-2 points on fuels with a low Cetane number.
- Restores the elasticity and volume of rubber seals;
- Prevents oxidation of fuel, especially low-grade, which prevents the formation of resinous deposits in it, causing carbon deposits in the combustion chamber and clogging fine filters;
- Reduces fuel consumption and exhaust gas toxicity by increasing the completeness of fuel combustion;
- Prevents stratification of diesel fuel and restores the properties of stratified fuel after long-term storage, which is especially important for sparsely populated and Northern areas, where fuel is stored for a long time in oil depots;
- The combination of effects achieved has no analogues.

Application: Add to the tank in the ratio of 50 ml per 50 liters of fuel.
Recommended for regular use.