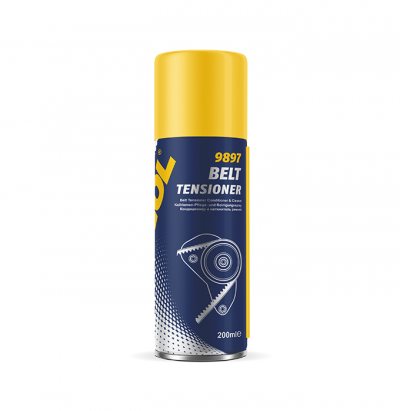 Belt Tensioner – means for care of driving belts: quickly, safely and effectively eliminates extraneous sounds (creaking, whistling, etc.) and slipping of belts, cleans them from dirt, removes traces of oils, restores elasticity, protects against drying and cracking. It is used for drive belts of alternators, air conditioners, power steering and other units.

Properties:
- Reduces wear on belts and pulleys, prevents their aging, thereby extending their service life;
- Increases the efficiency of the belt drive;
- Reduces noise during operation of the engine;
- Especially effective for eliminating the slippage of old belts when they can not be replaced or stretched;
- Suitable for V-belts and semi V-belts, not suitable for flat belts;
- For belts made of leather, various fabrics impregnated with rubber or balata, chemical fibers, nylon, polyurethane and other synthetic materials;
- Regular use of the product extends the service life of the belts by 1.5–2 times.

Application:
Stop the belt drive. Spray a small amount of the product from a distance of approximately 20 cm on the pulley under the side surfaces of the belt and/or directly on the side surfaces themselves. Turn the belt drive at least one full turn of the belt so that the product is evenly distributed over the belt surface. Repeat the procedure one or more times if you want to achieve a greater thickness of the protective layer. After applying the last layer leave to act for 10 minutes before starting the engine again. 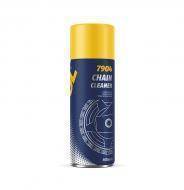 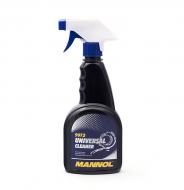 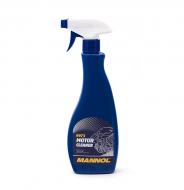